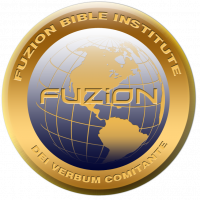 This course concerns the Kingdom of God. It introduces the two spiritual kingdoms, their rulers, and residents. It provides spiritual keys for gaining access to the Kingdom of God and warns of things which result in being cast out of the Kingdom. The past, present, and future of this Kingdom are examined, Kingdom parables are explained, and its patterns and principles of living are stressed.

Why is study of the Kingdom of God important? Jesus told His followers:

Ye shut up the Kingdom of Heaven against men: For ye neither go in yourselves, neither suffer ye them that are entering to go in. (Matthew 23:13)

The phrases "Kingdom of God" and "Kingdom of Heaven" are used over 100 times in the books of Matthew, Mark, Luke, and John. We are told to seek first the Kingdom, to pray for it, and to preach it. We are told how to enter the Kingdom and taught that residency in it requires a new lifestyle.

To enter this Kingdom, to maintain residency, and to fulfill the commission to preach its Gospel to the world it is necessary to understand the principles and patterns of the Kingdom. That is the purpose of this course.

But there is a greater purpose than just understanding Kingdom principles. You must go beyond mere knowledge of the Kingdom to actually experience it and make it the central purpose of your life.

People seek for meaning in life. They want a cause for which to live and die. Make the Kingdom of God your central purpose of life and ministry. It is a Kingdom which cannot be shaken by enemy forces. It is an eternal cause to which you can give your total allegiance.